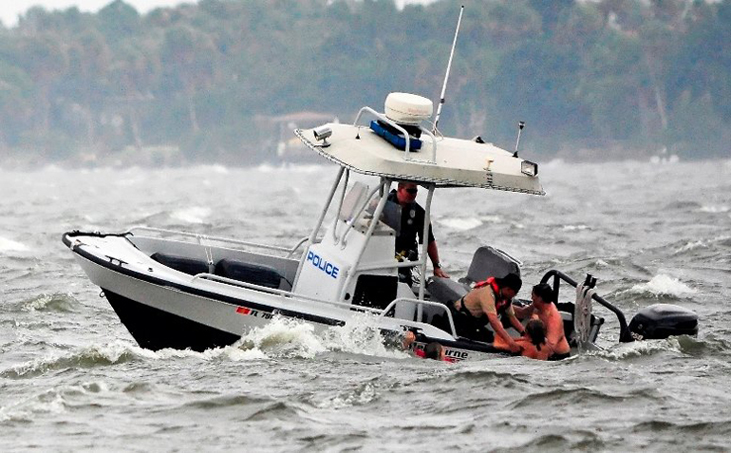 David Gillespie is the Chief of Police of the Melbourne Police Department. The Deputy Chief of Police oversees day-to-day operations. There are four Commanders who oversee the Patrol, Criminal Investigations, Support Services, Special Operations divisions.

The Commander of this Division is responsible for all patrol functions throughout the City of Melbourne. The patrol function is all encompassing and includes the use of the police K-9 unit.

The Commander of this Division is also the primary Public Information Officer for the department.

Crisis Negotiation Unit provides support to other elements of the Department in hostage/barricaded/suicidal subject(s) situations, through the deployment of specially trained officers skilled in crisis management and hostage negotiations. These specially trained officers will respond to incidents involving, or potentially involving, a high risk to the public, police officers, or suspects. Our goal during these incidents is attaining a peaceful resolution through communication.

The Melbourne Police Department Special Weapons and Tactics Team (S.W.A.T.) is a lifesaving unit with an emphasis on resolving incidents in the safest manner possible. The primary duties of the team are high-risk warrant service and counter narcotics operations. The team has been involved in numerous joint operations with the Drug Enforcement Administration, United States Secret Service, Florida Department of Law Enforcement and local Law Enforcement agencies.

MPD has designated marine patrol officers who are assigned to waterway patrols. Some of the call-outs are completed in conjunction with other agencies, including the Brevard County Sheriff’s Office and the Coast Guard. The Department may also be called upon to deal with homeland security issues related to the two main causeways in Melbourne, and can be involved in port and inlet security activities including the boarding of suspicious boats. Marine activities include patrols of canals in order to provide a police presence for homeowners and decrease waterfront crimes.

The Support Services Division provides the staff and line function of the department with training and logistical support. This division includes Information Services, which oversees the Records Section, Communications Center, and the Training Office.

The MPD Communications Center serves a critical function, handling 130,000 calls to 911 and 1 million push-to-talk radio calls each year. Communication officers and dispatchers are the single link of our police officers and fire fighters, monitoring activities by radio and providing vital information to ensure their safety. The Communications Center receives, classifies, and prioritizes calls from the public and dispatches the calls that require police and/or fire/rescue response, and transfers and/or directs calls that do not require police response to the proper agency/unit. The Communications Center is a 24-hour operation, providing service seven days a week, including weekends and holidays.